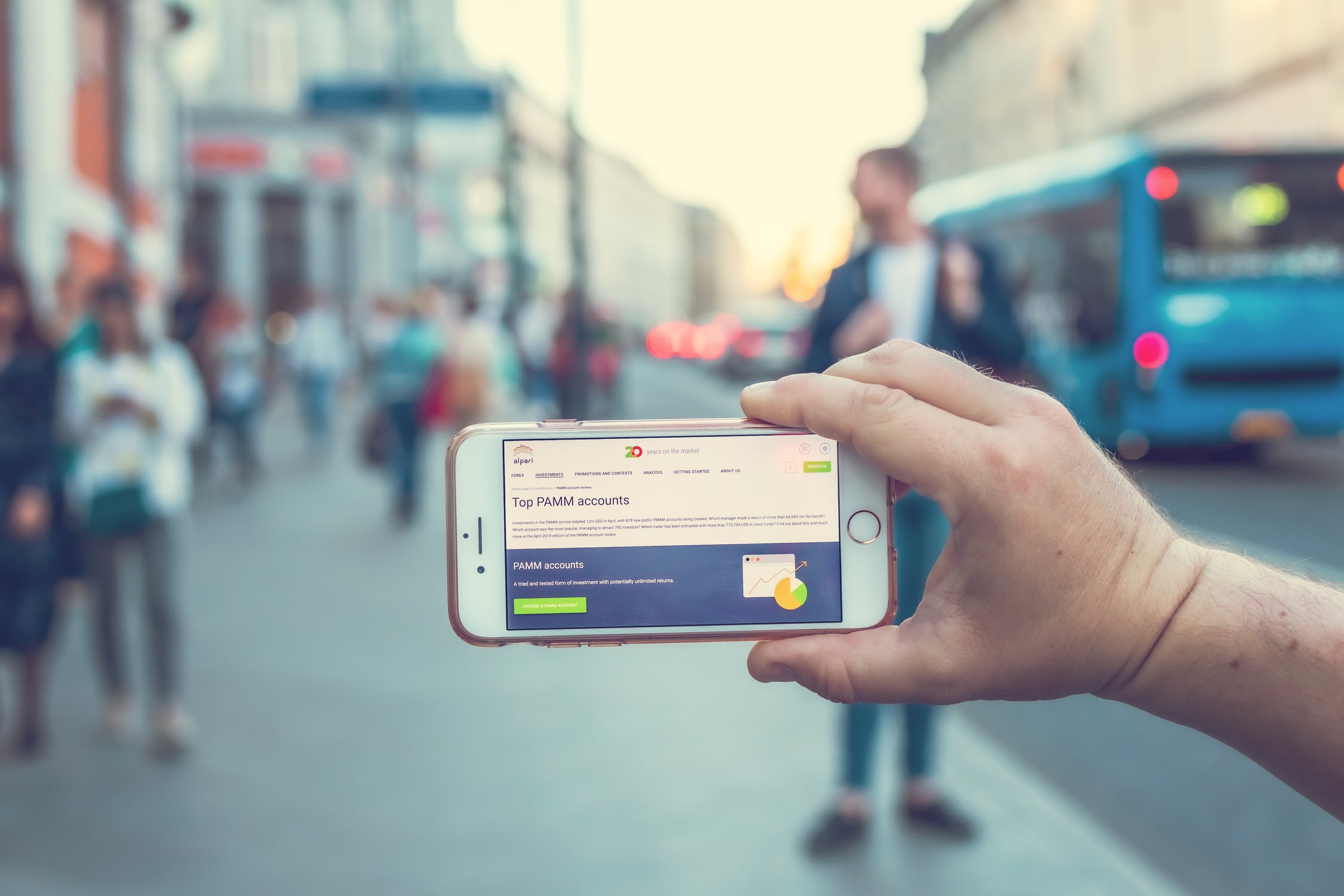 Imagine a city has everything that it takes to be called as a smart city; the basic amenities, physical infrastructure, well-planned governance institution and all. Can the city be still termed as a smart city?

Related Topics:Featured
Up Next

The fourth pillar of a smart city – Development of economic infrastructure

Smart cities? It’s all about the smart citizens

The idea of a SC: Smart City and its growing impact Strength, Performance

The idea of a smart city has become extremely important when it comes to the context of defining the strength, performance, facility, demography and urban economy. How a smart city would perform? In what ways we can identify a smart city?

When it comes to understanding a city in terms of scientific growth and implementing important policies with the right quotient of strategies, it has a tremendous impact on the socio-economic growth of the place and worldwide. Several reports and research studies indicated there will be a continuous rise in the population living in the urban city. Under this circumstance, the present Government needs to tighten the loose ends. The first important aspects are to make all the resources easily available for the people to utilize. Not just basic resources, but when it comes to luxurious resources, the people living in the urban city have first access to it. A person’s mind is extremely inquisitive; they search for the technology that makes their life extremely easy and convenient. In a way, this contributes to the economic and social growth in a city but gives their poor environmental sustainability.

How does the scientist look into this growth?

Growth in technology is so widespread that some of the issues and problems that need immediate attention are often overlooked. The rise in population means deterioration of air quality, transportation, and economic risks. Not just this they are open to major health consequences. When the population density in a city is lesser, the lesser will be the energy consumed for electricity and transportation, which will certainly help in the dropping of carbon-dioxide. But there is no way that all these can be controlled. The situation indicates that the cities are in need of smarter ways to control and combat the new challenges.

The rate of metabolism in cities consists of consuming essential products and excreting waste. This is a common phenomenon and is unavoidable. This gives rise to socio-economic issues. Promoting any goods for sustainability has been taken through the growth and marketing of natural capital stocks. Also, if we consider and take into account city sustainability, this also promotes an anthropocentric approach.  According to this, a city responds to people’s requirements for sustainability solutions or socio-economic growth.

If we have to consider that the cities with the high urban population depend on transportation facilities, land uses and other facilities, then we could be certain that this will also have an impact on technological growth. Public transport will be more efficient and will be of the highest quality to be able to respond to the economic needs of the city as well. It gives a better meaning of labor with employment, thus increasing the productivity of the firm.

As we take a new approach towards urban service provision, there is growth in technology, including ICT. The concept of a smart city is not limited to technological aspects alone. With the growing relevance of the smart city concept, the definition and meaning are also changing, giving rise to greater confusion and challenges for the policy-makers. In the next sections, we would take look at the deeper impact and implications of technology towards building a smart city.

The concept of the SC: The first pillar of a smart city – Institutional development The concept of the smart city differs from person to person. For some, a city flourishes with its institutional growth, and for some, an excellent infrastructural development is a definition of a progressive city. To understand the sustainability and transition of a smart city, we must first trace the organic growth in its socio-technical system, which means that there is a need for a noticeable change in the institutional-material structures of the smart city.

– “Regulative, normative and cultural-cognitive elements that, together with associated activities and resources, provide stability and meaning to social life” (Scott, 1995)

The three prominent dimensions that need to be carefully considered to order to determine the development of a city as a smart city are as follows:

Regulative – A city requires explicit regulatory processes, such as formal rules, laws, policies, protocols, and standards to constitute a developed city. In case if a city fails to comply with these rules, there may have more profound implications in terms of legal sanctions. When we try and analyze how a city can develop based on the above points, we have a fair idea and understanding that the institutional analysis of smart city initiatives would elaborate on the formal dimensions of these initiatives. This should be done in such a way in which they are deep-rooted in urban, regional, national, or even international policy initiatives for urban development.

Normative – A city should have rules that introduce a prescriptive, evaluative, and obligatory dimension. This should also refer to changes like values, role expectations, social norms, duties, and responsibilities. Just in case if a city fails to comply with these rules, it may result in strong emotional responses for those who show active behavior of following the rules, which can lead to a sense of shame or disgrace. On the contrary, it would raise a feeling of pride and honor, if all rules are diligently followed. As the debate of what makes a city smart continues, it has increased the scope and needs for more inclusive development. It may also be noted that the economic, social, and ecological challenges may have a far-reaching impact and ideally should also be prioritized in order to consider a city to be smart. However, it should be a significant point of discussion for the policymakers to prioritize the smart city initiatives and form the goals.

Cognitive – To understand the cognitive dimension, we should understand the cognitive behavior of the people. The world is interpreted based on shared conceptions and frames through which the social-structure gains meaning. Comprehensively, they form implicit ‘cultural reservoirs’ or ‘cognitive logics’ for action. These schemes can lead to confusion if not conformed at the earliest stage of policy formation. Symbols, discourse, and cultural categories, and how they are ‘brought to life’ in social interactions, are essential elements of the cultural-cognitive pillar in forming a smart city. For example, in the analysis of how smart cities are framed as solutions to contemporary urban challenges and such conversational approaches have received relatively much interest in this field, in forming a critical perspective of a smart city.

The study of a smart city is framed propositions for comparison as highlighted below:

A smart city is not as perceived to be but as explored to be one. When all focus is on building your smart city, how can we negate the role of the development of physical infrastructure? The purpose of physical infrastructure towards the development of a smart city is essential and critical. It provides the base foundation upon which a smart city is developed. Due to an increase in population and pollution, our Earth is going through a series of environmental changes. Our world is open to countless challenges every day.

How smart technology integrated with physical infrastructure to develop a smart city?

Smart technology creates specific opportunities for people. In order to build outstanding physical infrastructure with smart technology and solutions, we need to understand the requirements. A smart city can never be built in a day. It requires planning, serious decision making, and implementation in a real way. All sectors involved in planning the physical infrastructure need to put together all important aspects to bring it to a visible result.

Some of these leading technology services include:

There are some smart principles like data collection and analysis, which have made it possible to manage and take care of the necessities of the cities and the residents. Water system management, energy and utility grids, transportation, and all services that a smart city resident requires to maintain a decent lifestyle, wouldn’t have been possible without proper research of people’s basic requirements. As for these objectives of the data assessment to build the perfect the development of the smart city has become a reality.

When you have a smart physical infrastructure, society can progress. The integration of energy, utilities, and telecommunications are important parts of physical infrastructure. Thankfully, the smart city development has become a global phenomenon with the use of smart devices. Smart energy, smart buildings, smart water, smart transportation, and other sectors have made our life so easy. There is a rise in energy-efficient buildings, which is an integral part of smart physical infrastructure. These are great contributions to developing a smart city. And it also plays a crucial role in building a sustainable planet.